THE FIBONACCI SERIES
AND THE FINANCIAL MARKETS 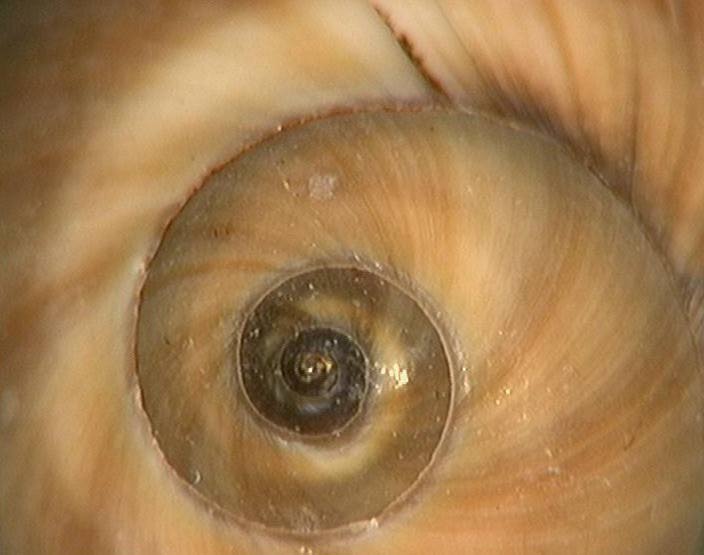 Back in the 1980s a friend of mine who was
playing the commodities market told me
that he had read a book that purported to
enable one to gamble in commodities and
win by utilizing the Fibonacci series in
some way. He showed me some charts, and
although i didn't pay close attention to
them, i found the idea intriguing. It might
have been a scam, for all i knew, hyping
the author's brokerage services, but i
mentally bookmarked the concept.

In 1996, during discussion on the e-mail list sacredlandscape@intuition.org about the Egyptian use of phi, the subject turned to the universality of the Golden Section as "a significator of life itself" -- a concept most elegantly proposed in 1917 by D'Arcy Thompson in the book "On Growth and Form." At that point, Chris Stephens mentioned the theory that stock, bond, or commodities markets display Fibonacci number overtones -- and i asked him to expound a bit on the topic. With his permission, then, here is a brief history of --

AND THE ELLIOT WAVE THEORY

As far as I know, the first person to use the Fibonacci series to find patterns in markets was R. N. Elliott, an interestng character born around 1870 who spent the first 60 years of his life as a telegraph operator, railroad executive, and accountant. While working in Guatemala in 1927 he became seriously ill with an amoebic infection which developed into anemia. There followed a five year convalescence. It was during this period, often sitting alone on his front porch, that he developed his wave theory of markets. The Fibonacci series was key to this theory.

Briefly, Elliott theorized that all major market moves could be described by a five-wave series. The classic Elliott Wave series would consist of an initial wave up, a second wave down (often retracing 61.8% of the initial move up), then the third wave (usually the largest) up again, then another retracement, and finally the fifth wave, the last gasp, which would exhaust the movement. He described all sorts of Fibonacci relationships which could occur among these waves. Each wave had its own "character," describing a certain psychological condition of the market. In addition, there was a recursive quality to the system. Each of the major waves (1, 3, and 5) could themselves be separated into five individual subwaves, and so on. After a few years of correctly predicting the stock market's course during the mid-1930s, Elloitt published a short monograph on his theory in 1938. He became a market advisor and analyst, writing a series of articles on his theory for "Financial World" magazine.

At the same time, Elliot was very much interested in taking his theory beyond financial markets. He corresponded with and was influenced by Manly P. Hall. In 1945 he published another short work with the modest title, "Nature's Law", subtitled, "The Secret of the Universe." It is full of pyramidology, Pythagorean mysticism, and so forth.

Elliott was a true late 19th century figure. The problem I have with his "theory", was that it was the characteristic attempt to force what were true insights into a grand theory of everything. People who follow Elliott Wave Theory tend to be True Believers. They believe that Elliott's system is pristine and perfect, and that if positive results aren't gained from following it, it only means you are doing it wrong, you are not a pure follower of Elliott. It sometimes seems more a cult than a discipline.

Since Elliott, others have used Fibonacci relationships in their analysis of markets.

During the 1980s, the Elliott Wave Theory was popularized by Robert Prechter, who republished all of Elliott's work in one volume in 1980. ("The Major Works of R. N. Elliott," New Classic Library, Box 1618, Gainesville, GA 30503.) Prechter fell from grace when he failed to foresee the 1987 stock market crash. The ironic thing about this is that in 1978 Prechter had written a book on Elliott Wave theory in which he predicted that the Dow Jones average, then languishing around 700-800, would undergo a massive rally in the next decade, topping out around 2700-2800, and then undergo a significant decline. Unfortunately, in 1983 he issued a revised estimate for a top around 3600, so that in 1987 when the market did top out around 2750 and then plunge 1000 points, his many followers, trusting his revised forecast of a top around 3600, got their asses kicked and developed a very unfriendly attitude towards Prechter. Since that time the market has of course more than doubled, to a high around 5800, and on the way Prechter's top of 3600 never happened (not even in an intermediate sense). Having undergone the trauma of disgraced gurudom, Prechter has developed into a very pessimistic guy, and most of his writings in the past decade have used Elliott Wave Theory to predict the impending end of Western civilization.

The best and most cogent modern Fibonacci market theorist I have found is Tony Plummer, a bond trader in London. He wrote a book in 1989 titled, "Forecasting Financial Markets" (Kogan Page, London) in which he acknowledges the great insights of Elliott, but discards the orthodoxy of his system. Plummer brings the thoery down to earth by describing what is being analyzed as a system of crowd behavior, a cyclic continuum of sentiment expansion and contraction. His model is in many ways more elegant that Elliott's. He describes something he calls a price pulse, where there is a base built during which there is something very much like a contraction of energy built up in the market, and then a breakout, an energetic "pulse," taking prices to a level which usually has a Fibonacci relationship to the size of the base. Plummer is refreshingly modest about his understanding of markets. Unlike the Elliot Wavers, he does not claim to understand every move a market makes. I suspect this has something to do with the fact that he is a real trader, working for a major London bank, and not a newsletter writer or "advisor." Dealing with real markets where real money can be lost can bring one's theoretical flights of fancy down to earth very quickly.

There are plenty of people selling systems and advisory newsletters based on Fibonacci analysis of markets. They provide charts showing all sorts of clear Fibonacci relationships embedded in past market moves and then give you easy rules to follow to make huge profits. They have as much worth as the programs which promise to show you how to get rich by buying real estate with no money down. The idea that you can follow a simple system of rules and beat the market is worthless. It is as if someone who had a Ph.D. in advanced mathematics were to go to the North shore of Hawaii, assuming that his or her knowledge of differential equations were all that were needed to win a surfing competition against all those ignorant surfers who had no theoretical knowledge of wave mechanics.

I have found the best description of a winning system in the words of the famous trader, George Soros, who wrote:

"Economic history is a never-ending series of episodes based on falsehoods and lies, not truths. It represents the path to big money. The object is to recognize the trend whose premise is false, ride that trend, and step off before it is discredited."

That is advice at once simpler yet harder to follow than, "Buy when the market has retraced exactly 61.8% of the previous advance"...but as Soros said, it is this sort of thinking which actually leads to "big money."

To Chris's essay i want to add a small addendum of my own:

The fact that R. N. Elliott was influenced by the mathematician D'Arcy Thompson goes without saying, because Thompson influenced virtualy every writer on the Fibonacci series after 1917. Conversely, the fact that Elliott also wrote a pyramidology book called "Nature's Law: The Secret of the Universe" might be taken as evidence that he was an outright nut-case. But what is most remarkable -- and serves to bridge the chasm between geometry and pyramidology -- is Elliott's intellectual debt to Manly P. Hall. Hall was a prodigious author and illustrator whose best-known book, "The Secret Teachings of All Ages," is a monumental encyclopaedia of mythology, numerology, occultism, sorcery, magic, mysticism, Pythagorean harmonic theory, alchemy, astrology, Freemasonry, and Gnosticism. That Elliott was a friend of Hall's seems to hint at a spiritual as well as a strictly logarithmic basis for his Wave Theory, for to the dedicated Pythagorean, the Golden Section assumes holy proportions, and is truly "Nature's Law."