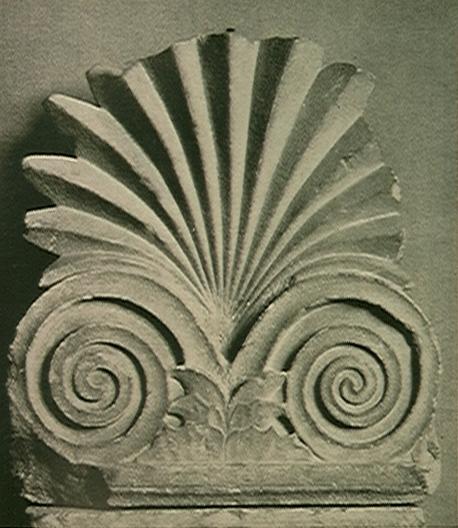 In 1994, Gene Powell and i had an e-mail conversation on the subject of what he called "Keyword: Nut-Case" folks among the archaeologists and geometricians. You know the ones: they self-publish little tomes like "Akhenaton: Monument to a Lost Space Brother" and "The Great Serpent Mound: A Past Life Regression."

Gene also referred humourously to "steenking numerologists" (spoken, one presumes, with a thick Peter Lorre accent) -- the fringe-metrologists who add inches upon inches and achieve remarkable insights. (No, they don't care if Ankor Wat was built using a unit called the "hat," because the sacred inch of the Anglo-Saxons derives from the Pre-Celtic Israelites.) These folks self-publish their findings in slender pamphlets with titles like "God and Earthquakes: a Predictive Numerology" and "The Ancient Aztec Calendar: Your Lucky Days and Winning Lottery Numbers."

But while it is easy to poke fun at those among us who have slipped over the edge of rationality into the seething cauldron of Cerridwen (i've done it myself, once or twice!) there is still the question of -- the problem of -- dealing with the spiritual basis of "sacred" geometry and "sacred" architecture.

Where do we draw the line between physical reality and metaphysics?

Do we treat this material as "ancient science" and "forgotten knowledge" (many of the books in the bibliography use those terms), confining our interest solely to archaeology and the history of mathematics? In that case, one of the most intellectually exciting conundrums to which we can apply our thought is the question of how this ancient knowledge got "lost" and why modern archaeologists tend to discount it as mere "myth."

Or do we try to get inside the "meaning" of what we see? For instance, as Jay Hambidge of Yale University proved rather elegantly in the 1920s, many Greek temples -- like the Parthenon, for instance -- were built to express the principle of "whirling rectangles" (also called Golden Mean rectangles) in such a way that if you stand where the statue of the deity was placed, you are at the origin point of a logarithmic spiral that whirls out to encompass the temple in a few quick turns and before you know it has encompassed all of Greece, the entire Earth, and the known Universe.

How does it make you feel to sense that? Is it awesome? Psychedelic?

Hambidge drew no conclusions beyond the fact that the ancient Greeks were sophisticated geometricians, but my friend Barry Carroll recently pointed out to me that since your body is not a point, when you stand where the statue of the deity stood, you had better be prepared to consider that a logarithmic spiral whirls INWARD as well as outward, and that its tightening little line is aiming straight for your vitals. If you stand just so, it might coil into your heart...or your head...or... well, it depends on what deity you are standing in for and what his or her attributes are, i suppose...

Believe me, if you take the second of those two paths and try to truly understand the "sacred" in the "sacred geometry" or "sacred architecture" of a "sacred place," you are inviting a "sacred" experience. And if you publish your findings ("The Oracle of Delphi: My Theory Exactly!") you are inviting the dreaded "nut-case" label.

In considering books for inclusion in the Sacred Landscape Bibliography, i have paid some attention to where the authors fall on the bipolar line that runs between "reputable archaeologist-mathematician-classicist-art historian" and "raving lunatic." But not every art historian is NOT a raving lunatic. And some raving lunatics are pretty darned good at geometry and astronomy. Isaac Newton studied alchemy and astrology. And if HE could do it, why not me?

So what about you readers? Surely i am not the only one among us who has had a "sacred experience" while contemplating "sacred architecture" and who has teetered on the brink of self-publishing an obscure little book telling the world all about it ("Tales of the Red Venus Revealed: Tantra and Timelessness in the Streamlined Vernacular Architecture of the Rural United States").

Any and all responses invited.